ROSE GALL INFORMATION - Do you have this on your rose(s) then check out the information below! 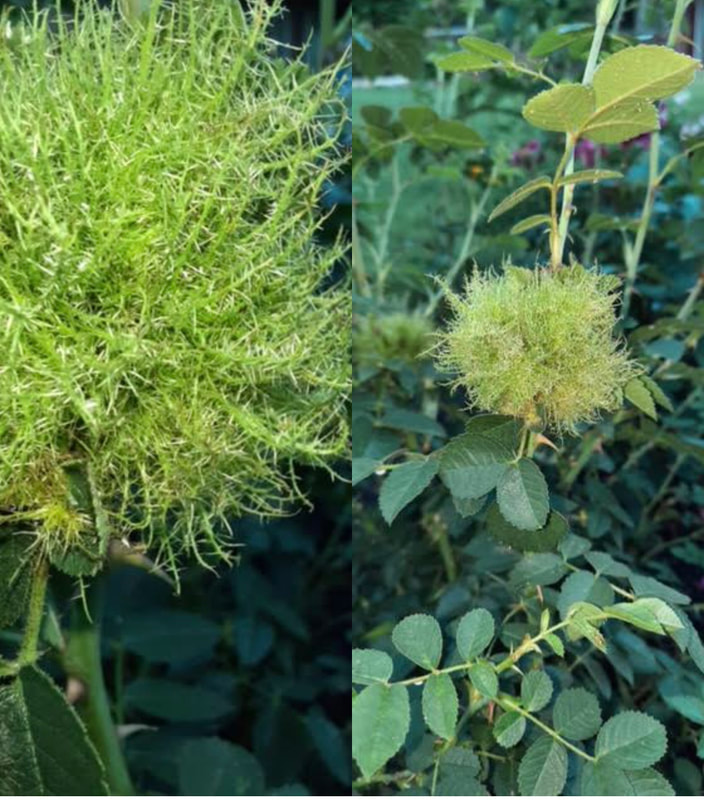 One of our garden club members recently found this odd growth on one of her rose plants.  Turns out it is Rose Gall - here is some information for you.  https://en.wikipedia.org/wiki/Diplolepis_rosae
​ ​Dog vomit fungus is not a fungus; it is slime mold, also commonly referred to as dog vomit slime mold. It usually forms on mulch in late spring to early summer following extended periods of rain. Initially, it begins as a bright yellow, gelatinous growth, emanating from spores that were in the mulch. As it matures, it hardens, fades in color and becomes less noticeable. Finally, it dries out completely and decomposes, but leaves behind millions of spores that can be carried away on the wind to grow again another day.

There is no control for dog vomit fungus and it does not really need to be controlled. It usually goes away on its own in a couple of weeks. If you see it in your landscape bed, take a picture of it and show the weird slime mold to your friends and co-workers, who may be fascinated or repulsed.